With our focus on custom design and unique system solutions, we incorporate the latest technological developments in our systems. We are strongly inspired by current thin-film scientific research, the most recent advances in available vacuum technology and customer feedback on our products. Their experience with our systems, components and software is highly valued and continuously used in the improvement of our products. We invest in the research and development of new products, components, research tools and characterization techniques to expand the possibilities of thin-film research with PLD.

Pulsed Laser Deposition (PLD) is a physical vapour deposition technique in which a high-power pulsed laser beam is focused onto a target material. This material vaporizes into a plasma plume which expands away from the target and condenses onto a substrate as a thin-film. This process occurs in ultra-high vacuum or in the presence of a background gas. Oxygen is commonly used when depositing oxides to fully oxygenate the deposited films.

As PLD is based on material ablation with a high power laser, the technique has proven to be very useful for the deposition of high melting point ceramics or (complex) metal oxides, which opened up a wide field of thin-film materials science research.

While the basic setup is simple relative to many other deposition techniques, the physical phenomena of laser-target interaction and film growth are quite complex. When the laser pulse is absorbed by the target, energy is first converted to electronic excitation and then into thermal, chemical and mechanical energy resulting in evaporation, ablation, and the formation of the plasma plume consisting of many species including neutrals and ionized particles. Depending on the background gas environment, laser spot characteristics, substrate temperature etc, species thermalise, oxidise and form a thin-film with specific structure, morphology and properties. 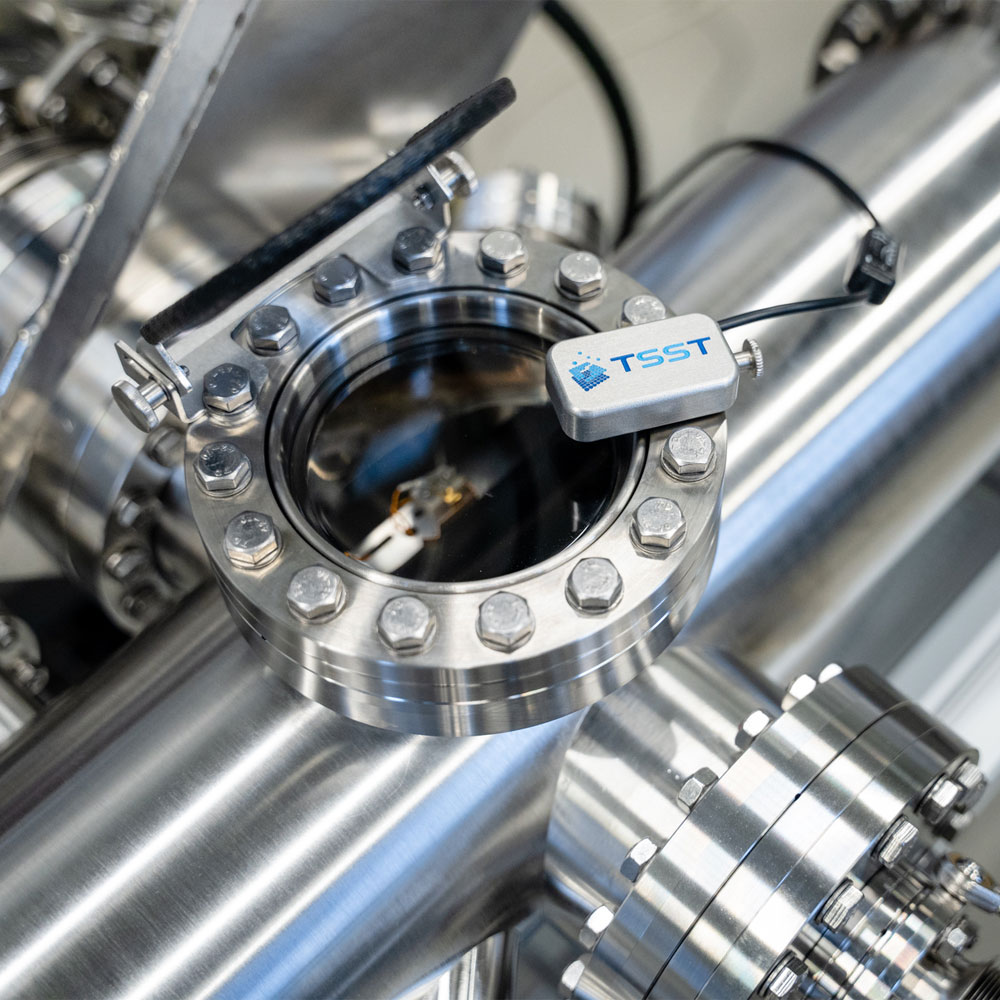 Closely collaborating with the University of Twente, TSST integrates fundamental knowledge on thin-film growth and parameter optimization in its designs of the PLD systems. Therefore, the systems offer full flexibility in altering and investigating the essential parameters such as gas mixtures, process pressure, fluence, target-to-substrate distance and substrate temperature with the highest possible accuracy.

explore everything we have to offer.